As of the v6.0.0 release, there have been many changes to the scheduler so it would be advisable to assume that this documentation should only be used for Concourse deployments v6.0.0 and above.

Builds represent each execution of a job. Figuring out when to schedule a new job build is the responsibility of the build scheduler. The scheduling of new job builds can be dependent on many different factors such as when a new version of a resource is discovered, when a dependent upstream build finishes, or when a user manually triggers a build.

The build scheduler is a global component, where it deals with all the jobs within a deployment. It runs on an interval with a default of 10 seconds. If there are multiple ATCs, only one of the ATC's scheduler component will run per interval tick in order to ensure that there will be no duplicated work between ATC nodes.

The subcomponent used to figure out whether a build can be scheduled is called the algorithm.

The algorithm is a subcomponent of the scheduler which is used to determine the input versions to the next build of a job. There are many factors that contribute to figuring out the next input versions. It can be anything that affects which resource versions will be used to schedule a build, such as version constraints or passed constraints in a get step, disabling versions through the web UI, etc. The algorithm can also fail to determine a successful set of input versions, which the error will be propogated to the preparation view in the build page.

The scheduler will schedule a new build if any of the versions produced by the algorithm for trigger: true resources is not equal to the version used by the previous build of the job.

What this means is if the algorithm runs and computes an input version, the scheduler will create a new build as long as that version is different than the previous build's version for that same input. Even if that version has been used by a build 2 months ago, the scheduler will schedule a new build as long as it has not been used by the previous build.

If there are any input versions that are different than the previous build, it will trigger a new build. This can affect some users that are using the pinning functionality to run older versions.

If I pin the input to an older version, a new build is produced because the pinned version v1 is not equivalent to the version of the previous build v2. 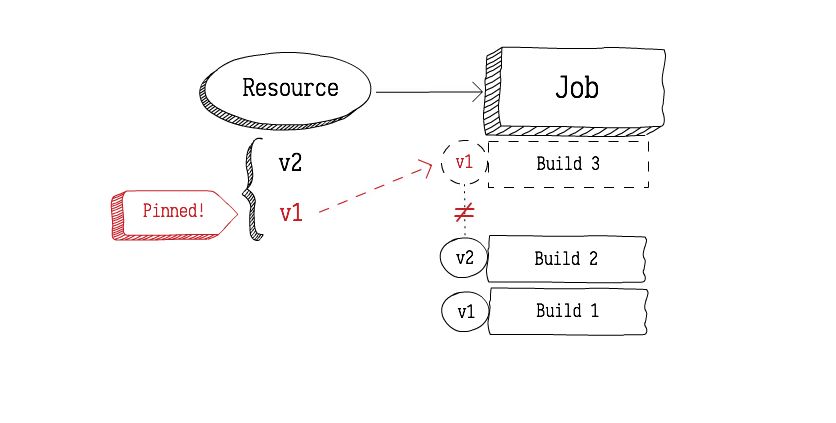 Then if I unpin the version, another build would be triggered again using the latest version. 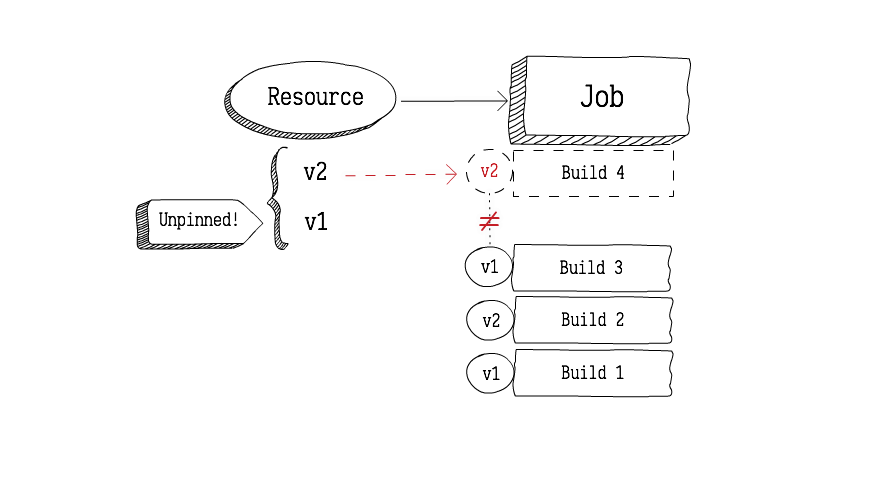 This is because after unpinning the resource, the input version for the next build becomes the latest version v2 which is not equal to the version v1 used by the previous build.

The scheduler runs on an interval, but rather than scheduling all the jobs within a deployment on every tick, it only schedules the jobs that need to be scheduled.

Each job that is scheduled will use the algorithm to determine what inputs its next build should have. Then the build is scheduled and picked up by the Build Tracker.